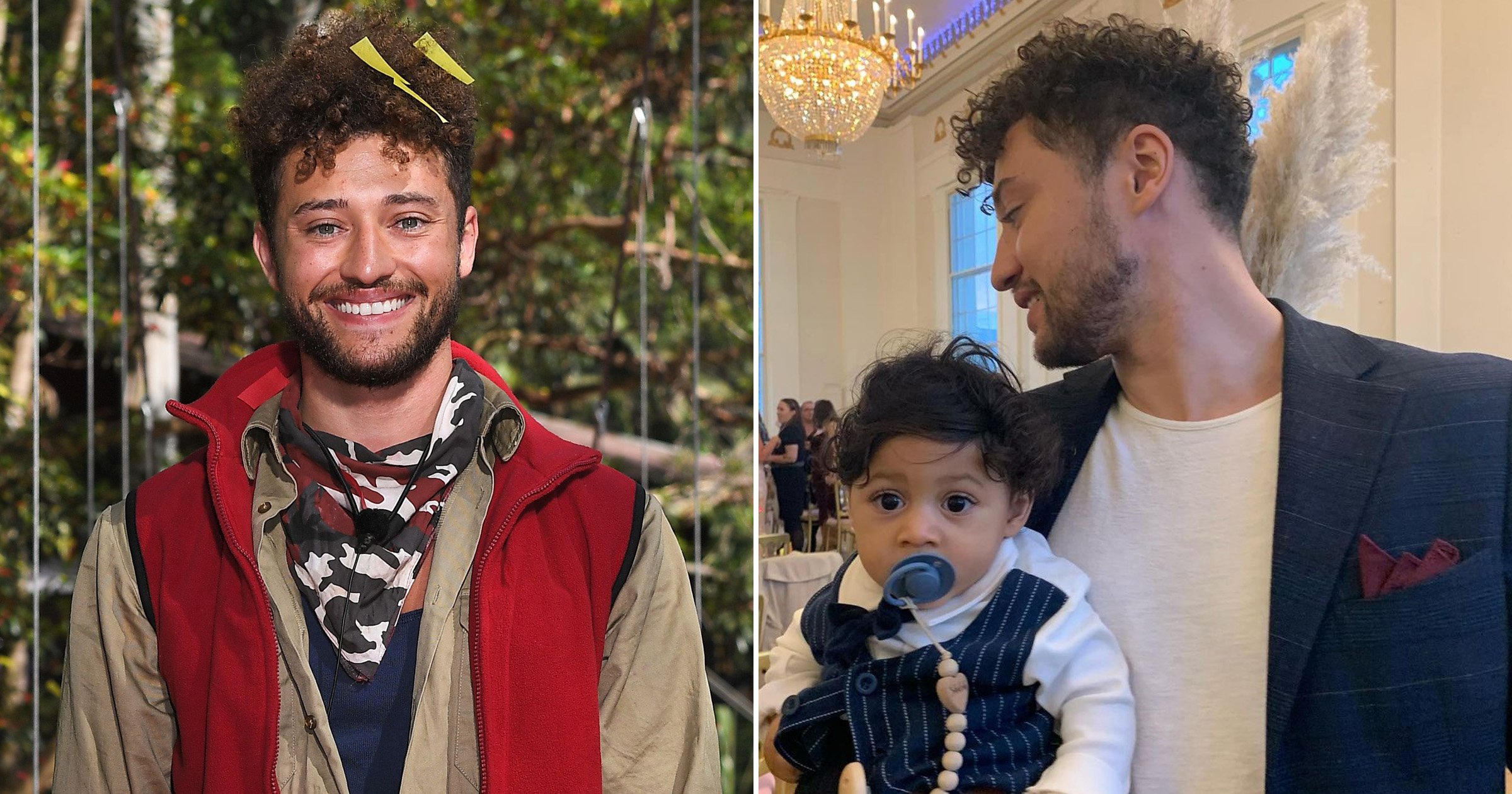 Myles Stephenson has revealed he is a father for the first time, sharing a photo of his son Shiloh, who was born last year.

The Rak-Su star, 30, secretly became a father last year but took to Instagram on Tuesday to proudly reveal his ‘mini me’ to the world.

He shared a photo of the pair of them suited and booted at what appeared to be a wedding, with little Shiloh in a waistcoat of his own, writing: ‘Like father like son.

‘Shiloh Stephenson, my biggest blessing in a little person. My mini me.’

Myles, who had appeared on the 2019 series of I’m A Celebrity… Get Me Out Of Here had not confirmed the news he had become a father until this week.

News had broke in March 2021 that he and his girlfriend, who stays out of the limelight, were expecting their first child together.

A source told The Sun at the time: ‘Myles has is buzzing and is getting his house ready for the new arrival and he’s really family-orientated and feels ready to be a dad. Family means everything to him.’

Myles, who was part of the first all-male group to win the X Factor with Rak-Su in 2017, had been involved in a serious snowboarding accident in February 2020 which left him in hospital with internal bleeding, a raptured spleen, broken ribs and concussion.

The source added that his near-death injury had made becoming a parent ‘even more meaningful’ and he was ‘excited for the future’.

Myles and his girlfriend have reportedly been together for over a year and the pair previously adopted a puppy together.

The singer is yet to reveal when Shiloh was born, but fans will likely get to see more of him to come on Myles’ social media.