A man who says he bought a “This Smells Like My Vagina” candle from Gwyneth Paltrow‘s Goop company claims it could have killed him when it exploded … and he’s now filed a class-action lawsuit about it.

According to the legal docs, obtained by TMZ, the guy suing is a Texas resident named Colby Watson, and he says he purchased the 10.5-ounce ‘Vagina’ candle online in January. 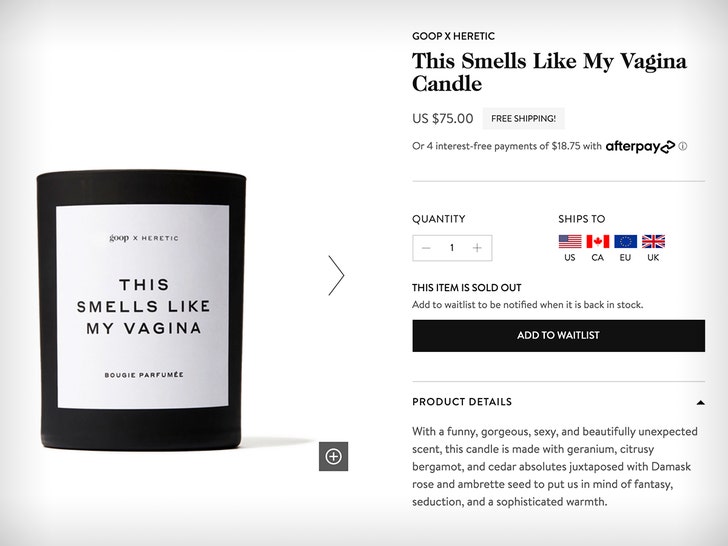 Watson claims he lit the candle for the first time in February and placed it on his nightstand — a level surface — and insists there was nothing close to touching the candle and no open windows or drafts in his bedroom.

Watson claims, after burning for “an estimated three hours or less,” the candle became engulfed in high flames and exploded soon afterward … and the room was filled with smoke. 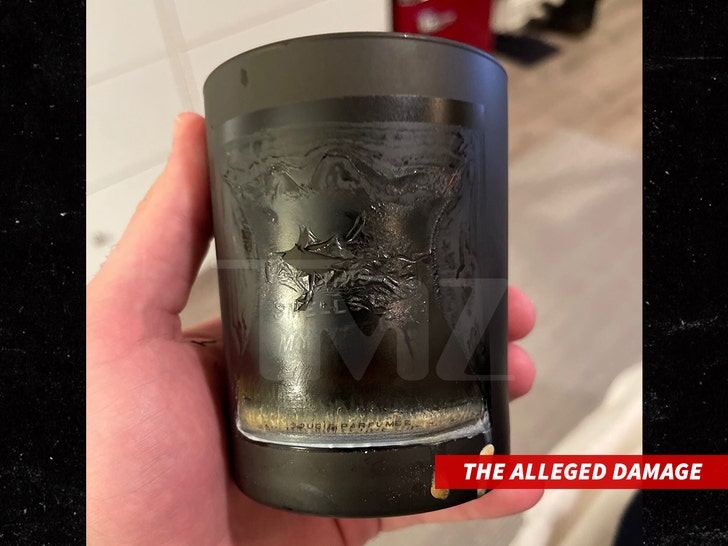 Watson alleges the candle also left a black burn ring on his nightstand and says the jar is charred and black.

According to the docs, Watson acknowledges the candle comes with a “limited warning” on Goop.com — including cautioning not to burn the candle for more than 2 hours at a time — but he says that warning is insufficient.

Watson claims Goop fails to warn that the candle could cause significant injuries when it explodes, and he calls the ‘Vagina’ candles “inherently dangerous.”

He’s suing Paltrow’s company for breach of warranty and products liability and is trying to put together a class seeking damages exceeding $5 million. We reached out to Goop … no word back yet.

Farrah Abraham Speaks out About Being on Mood Stabilizers