FKA twigs clapped back at Gayle King after the journalist asked her why she stayed with ex-BF Shia LaBeouf despite the ‘relentless’ abuse she claims she endured.

In her first TV interview since filing a lawsuit against ex-boyfriend Shia LaBeouf, FKA twigs opened up about the alleged abuse she suffered at his hands. But she wound up having to defend herself in the interview after Gayle King asked her why she didn’t leave the actor sooner. Twigs took the question in stride, promptly shutting down the offensive question and asking Gayle one of her own.

“I think we have to stop asking that question,” twigs said confidently. “I know that you’re asking it out of love, but I’m just going to make a stance and say I’m not going to answer that question anymore. Because the question should really be to the abuser: Why are you holding someone hostage with abuse? People say it can’t have been that bad, because else you would’ve left. But it’s like, no, it’s because it was that bad, I couldn’t leave.”

The “cellophane” singer, 33, met Shia in 2018 when she made her acting debut in his film Honeyboy. The two dated for nine months and split in May 2019, citing “conflicting work schedules.” Twigs filed a lawsuit against the actor in December 2020, claiming he inflicted “relentless” emotional and physical abuse during their relationship, including allegedly strangling her on a road trip and not allowing her to look other men in the eye. Shia has denied all abuse claims. 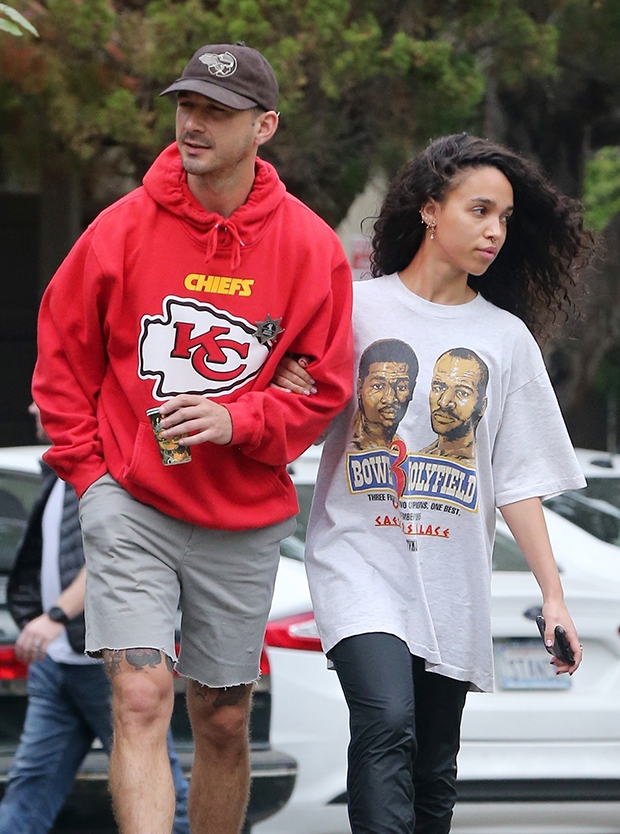 In a series of tweets on December 12, the day after she filed her lawsuit, twigs explained why she came forward with her story. “I have decided it’s important for me to talk about it and try to help people understand that when you are under the coercive control of an abuser or in an intimate partner violent relationship, leaving doesn’t feel like a safe or achievable option,” the singer wrote.

“I hope that by sharing my experience I can truly help others feel like they are not alone and shed some light on how those who are worried somebody they care about may be in an abusive relationship can help, because I understand it can be confusing and hard to know what to do.”

Johnny Vegas reveals volunteering has helped him grieve his parents