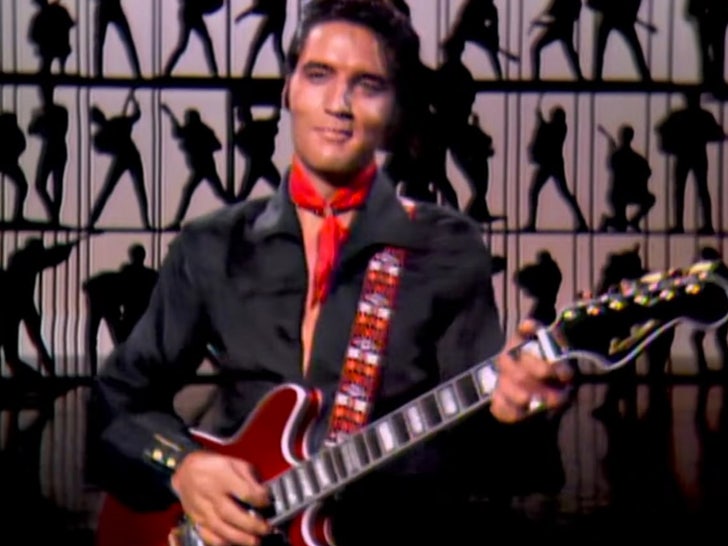 Elvis Presley is about to make someone the king of rock n’ roll memorabilia — that’s if you make the winning bid on a guitar used for his famous 1968 comeback.

The folks over at Kruse GWS Auctions are handling the auction of Elvis’ rare cherry red Hagstrom Viking II guitar. EP was slinging this axe when he shot the highly anticipated TV special on NBC, which marked his return to performing live music … after a 7-year hiatus focusing on movie roles. 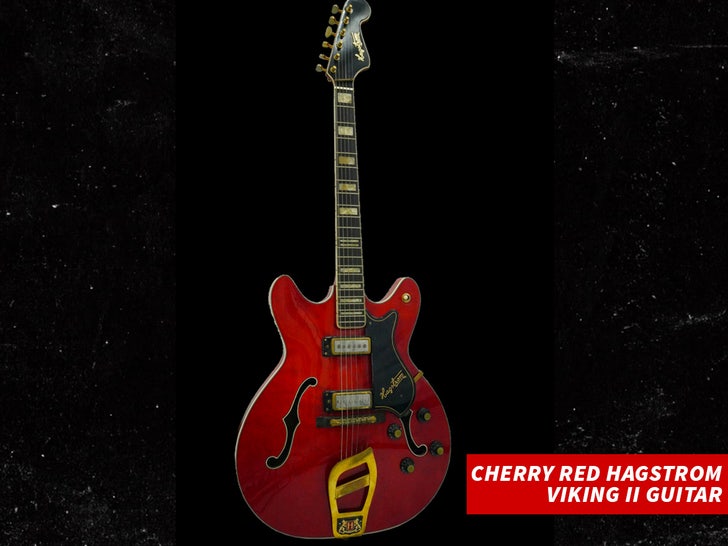 This guitar has tons of Elvis history attached to it beyond the special — it was featured on the cover of his “From Elvis in Memphis” album cover, and it was once displayed at the Rock & Roll Hall of Fame Museum.

The winning bidder of this auction — which kicks off March 27 at 10 AM — will also get sheet music from the ’68 TV special. It’s a nice cherry on top, especially considering Kruse GWS anticipates the guitar will fetch somewhere between $750k and $1 million.

And, for those who get outbid on the guitar, no worries … there’s other cool Elvis memorabilia also on the auction block — like his personally owned 14k yellow gold and blue enamel TCB (taking care of business) necklace.

In the non-Elvis department — Elizabeth Taylor‘s personally owned earrings, broach and necklace … as well as the 1950 Cadillac Fleetwood from “The Godfather.”

Dylan O’Brien’s ‘Love & Monsters’ Debuts On Hulu On His Birthday!