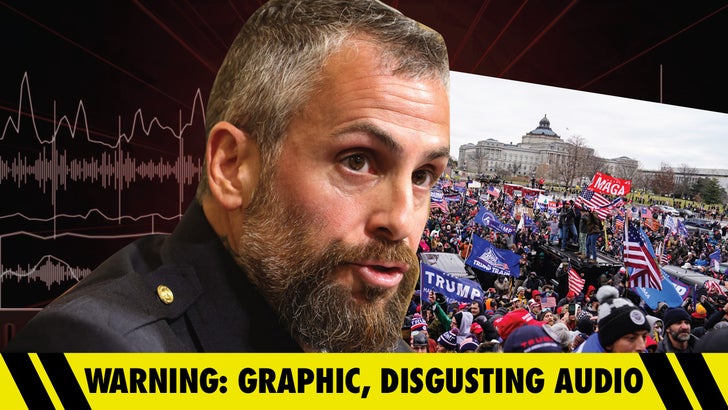 Officer Michael Fanone says his testimony for Congress is triggering the hell out of someone who left him a vile voicemail … filled with hate speech and wishing death on him and other police officers.

The Washington D.C. police officer says this message was waiting for him after he testified Tuesday on Capitol Hill, and it’s clear the person was watching him on TV at the time. The caller said, “You want an Emmy, an Oscar? What are you trying to go for here, man? You’re so full of s**t you little f****t f**ker.”

Typically, we would censor much of this recording, but we think it’s important to hear the venom this caller spewed. His disgusting rant continued with … “How about all the scummy Black f**king scum for 2 years destroying our cities and burning ’em?”

Fanone has been outspoken about the violence that rioters unleashed on him and other officers during the Jan. 6 riot — but the caller thinks they got off easy. He added, “That was s**t on the God damn Capitol. I wish they woulda killed all you scumbags. They stole the election from Trump and you know that, you scumbag.” 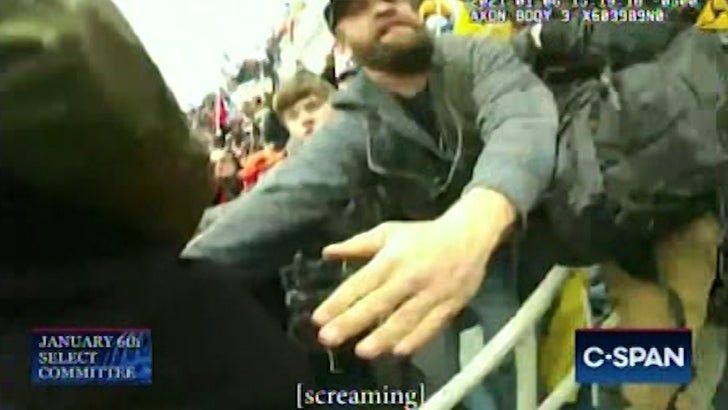 Fanone is one of several officers who testified this week for the Jan. 6 insurrection hearing convened by House Speaker Nancy Pelosi. Reacting to the voicemail, Fanone told CNN, “This is what happens to people that tell the truth in Trump’s America.”

Despite the epithet-laced voicemail he received, Fanone’s testimony clearly had an impact on Congress. Shortly after the House hearing, the Senate Appropriations Committee approved $2.1 billion to shore up security at the U.S. Capitol.