All Creatures Great and Small

Flying for Britain with David Jason

When the current series of All Creatures Great and Small (Ch 5) started it was impossible to stop images of the characters in the classic BBC original from popping into your head.

Three episodes into this remake, it’s a tribute to the producers and cast that it no longer happens.

After taking some time to settle into his new job, James (Nicholas Ralph) was finally feeling confident. He correctly diagnosed a calf with heatstroke, and was called out to examine a racehorse with suspected colic.

No ordinary racehorse either — it was Andante, the favourite to win the Darrowby Classic and owned by the pompous Hugh Hulton, James’s love rival in the battle for the affections of the lovely Helen.

And so tensions threatened to boil over when James determined Andante had a twisted bowel and euthanised the animal. When Hulton found out, he went on the warpath, insisting Herriot had made a mistake.

Gossip soon spread and it wasn’t long before locals started referring to James as ’eriott the ’orse killer. 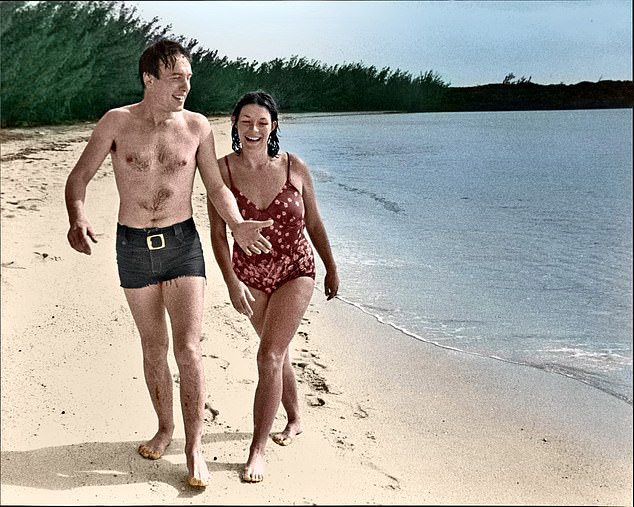 CLAUDIA CONNELL: Three episodes into this remake, it’s a tribute to the producers and cast that it no longer happens

A post-mortem revealed James was correct in his diagnosis. It formed a bonding moment with his boss, Siegfried Farnon, who refused to do business with anybody who doubted James.

As Siegfried, Samuel West has made the role his own and there was a touching scene as he revealed how he was made to shoot military horses at the end of World War I because it was cheaper than shipping them home. He considered the horses he healed at his Yorkshire practice a way of making amends.

From the gorgeous shots of the Dales to Mrs Hall’s mouth-watering cooked breakfasts, All Creatures Great And Small has become a joyous, essential weekly watch — just like the original.

It was equally joyous to see the expression of wonder and delight on the face of actor David Jason when Spitfires, Hurricanes and Lancaster Bombers took to the skies in Flying for Britain with David Jason (ITV).

Ten years ago, David made a documentary, marking the 70th anniversary of the Battle of Britain, where he met some of the pilots who had flown the planes.

Last night he visited RAF Coningsby in Lincolnshire, home to The Battle of Britain Memorial Flight (BBMF) to mark the 80th anniversary. Sadly, none of the pilots he spoke to a decade ago were still alive but the airmen at Coningsby were all determined to pay tribute to them.

These men, all volunteers from the RAF, were in the middle of rehearsing a spectacular series of displays and flypasts when Covid-19 struck, devastating the schedule. While many events were cancelled, some still pushed ahead. One was the flypast tribute paid to Captain Tom Moore on his 100th birthday in April featuring a Spitfire and a Hurricane.

In May, following a Daily Mail campaign, a Spitfire display soared over the skies of England, including a nominated care home and NHS hospital.

Today, only one Spitfire that fought in the battle remains — but she was still in perfect working order thanks to the efforts of the ground staff engineers.

As well as marvelling at the beauty of the planes and the skill of the pilots and engineers, it was wonderful to see the genuine enthusiasm of David, a pilot and plane enthusiast.

‘Get in there!’ he shouted as they took off, patting and stroking them like the family dog as they safely landed.

n CHRISTOPHER STEVENS is away.