Chris Evans, 53, revealed some gossip about This Morning’s fan-favourite hosts Holly Willoughby and Phillip Schofield on his Thursday morning show. After appearing on the green sofa not so long ago to discuss his varicose veins, Chris learnt something savvy that the pair have planned daily ahead of the ITV show.

You know what they’re doing fashion-wise at the moment and have been for a while, sneakily?

Calling them the “dream team”, the DJ shared his secret information with his guest Daisy Haggart and co-hosts Rachel Horne and Vassos Alexander.

“You know what they’re doing fashion-wise at the moment and have been for a while, sneakily?” he teased.

Eager to know the latest gossip, Daisy probed: “No? What?!”

“They co-ordinate their wardrobe,” Chris divulged, as Daisy quizzed whether he found the out after Phil’s “big reveal”. 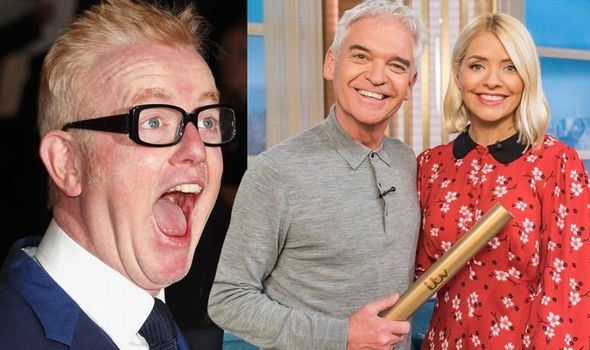 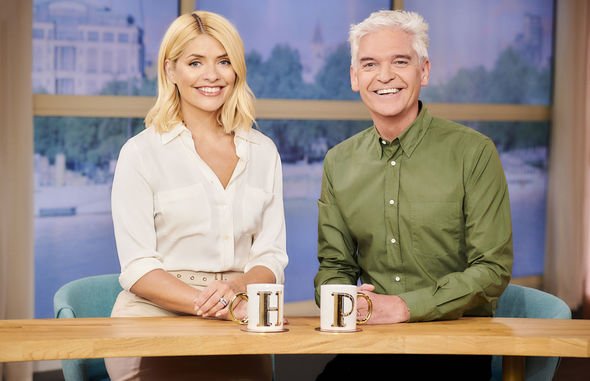 Chris continued: “No, before that – I went on a couple of weeks before, maybe a month before his big reveal.

Daisy giggled: “They’re both so damn cosy aren’t they!” as the host agreed.

Holly and Phil captivate viewers each morning when they appear side by side on ITV’s This Morning.

And now Chris has mentioned it, we can see that they are indeed suitably matched, outfit wise.

Just another thing to love about them, ey! 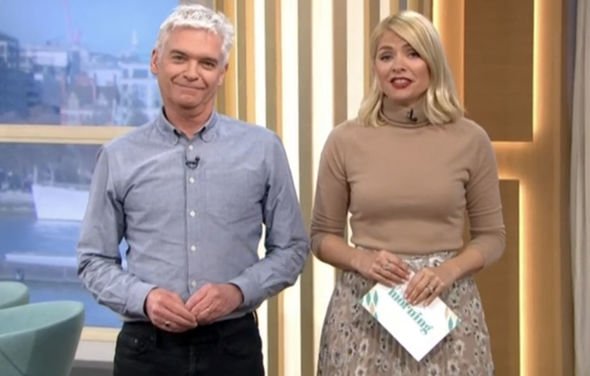 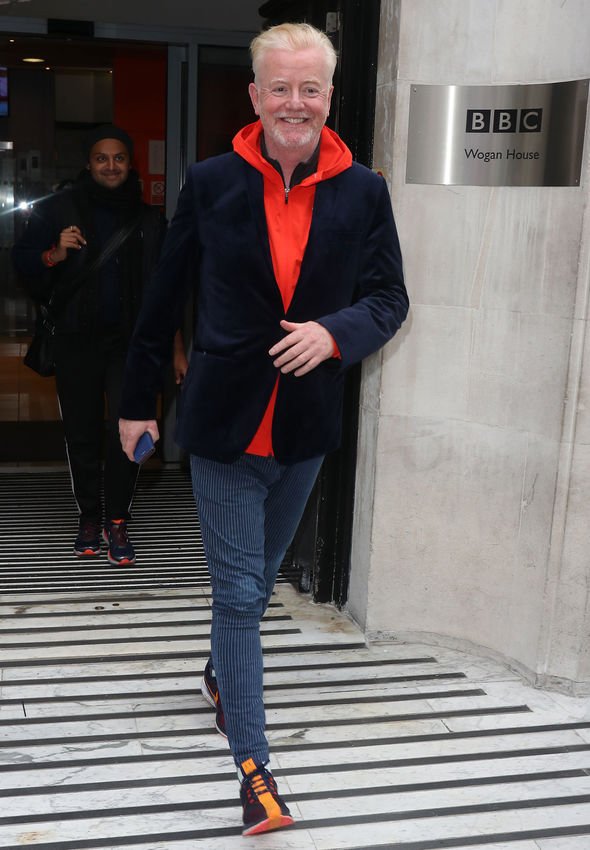 Later on in the show, Chris spoke to actress Alice Eve who stars in ITV’s Belgravia, that premiered last night.

But while the chat centred mostly about the newest period drama to hit our screens written by Julian Fellowes – the genius behind Downton Abbey – they spoke about more topical issues as well.

The pair chatted candidly about coronavirus, which has seemingly shut down the world, as numerous countries implement travel bans and lockdowns to further prevent the spread of the deadly virus.

The DJ admitted that the spread of COVID-19 was “inevitable” before he suggested the team will be relocating to outside of central London.

Currently, the Virgin Radio studio are situated in the heart of the capital, which Chris branded a “commuter hub” because of the sheer number of people who come in and out of London Bridge.

“Right or wrong, I’m in the groove of if I or we keep coming to London we’re more likely to get [coronavirus] than not. Because we are around people,” he explained.

Chris tends to interview guests from all over the world and so the studio offices often see an influx of people from various areas.

“The human traffic we encounter is international because we have a lot of guests coming on the show from all over the world and all over the country.

“We’re located at London Bridge. I walk to the [office] from the car. It’s a very big commuter hub around here. We have The Shard hotel next to us, which is an international hotel.”

Chris added: “And so there is a certain inevitability about the situation as far as I’m concerned. Do you agree or not?”

Alice quizzed the team about working from home to “save” them from potentially contracting the virus.

The radio personality then revealed that Virgin Radio would be “re-isolocating” to somewhere else.

As more and more people are testing positive for COVID-19, it might not be such a bad idea, Chris!

The Chris Evans Breakfast Show with Sky airs weekdays at 6am on Virgin Radio.