Home » Celebrities » Chernobyl: Ben Fogle’s 30 seconds in the most dangerous spot on earth

It released 400 times more radioactive material into the atmosphere than the atomic bombing of Hiroshima and ultimately claimed thousands of lives – the exact number remains bitterly disputed. Even 35 years later, toxic levels of radiation in the air meant Ben and his team were hustled in and out of the reactor area in a flash. “We were only given 30 seconds to film,” explains Ben, 47. “My dosimeters [radiation gauges] were beeping like crazy, which was quite disconcerting, because they’re telling you the radiation levels are high.” Ben’s half-a-minute next to the reactor was also, in a way, historic. “I was probably one of the last people to go inside that shield,” explains Ben.

“They’re about to start dismantling the reactor to make it safer. As soon as they open it up, which they’ll do imminently [with robots], radiation will spill out, so it won’t be safe.”

The star, who previously climbed Mount Everest and rowed the Atlantic, visited Chernobyl, in northern Ukraine, for a week last autumn to film a feature-length documentary, Inside Chernobyl with Ben Fogle.

The destroyed plant and its surrounds are a haunting, post-apocalyptic landscape that is the result of the worst mistake in history – on April 26, 1986, a poorly executed technical test at the energy plant caused an explosion and fire that led to the release of massive amounts of radioactive material into the environment.

Even 35 years later, filming there carries an inherent risk. Tourism is now allowed in the region, but only under strict guidelines. Ben stayed for a week while most tours last just two hours.

Yet interest in the doomed plant has never been higher following 2019’s hit TV mini-series Chernobyl, starring Jared Harris and Emily Watson in a dramatic recreation of the disaster and subsequent clean-up operation.

Ben admits his wife, Marina – mother of their children Ludo, 11, and Iona, nine – was not keen on him making the documentary. “Marina and I had just watched the Sky/HBO drama so my trip didn’t sit particularly easily with her,” admits Ben. 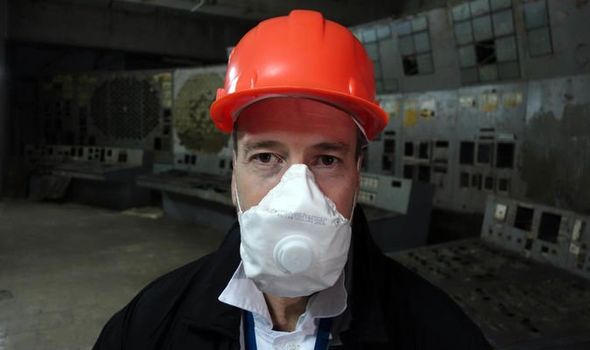 “I’ve had checks for one time beeping and safety precautions. There were multiple risks of radiation, but we spoke to an expert in radiation and I had to do an online course [in radiation risks], but we decided the benefits of making this extraordinary film that would give hope to people, and give escapism from what we’re all going through, outweighed the risk. The risks are minimal – you just have to be very careful.”

For example, Chernobyl’s heavily damaged Control Room Four, where the button was pressed that triggered the meltdown, still has radiation levels a staggering 40,000 times higher than normal. Ben was only allowed in for five minutes.

Underneath the shield next to the reactor, levels are higher still – hence the 30-second rule.

“I’ve never had more checks and tests for anything than I had before going beneath the shield,” says Ben.

“You have to be tested beforehand for the levels of radiation you’ve absorbed over the years to see if your levels will remain safe even after going under the shield. Every time you go into a higher-risk area at Chernobyl they give you another dosimeter – at one time I had four dosimeters all beeping away.” 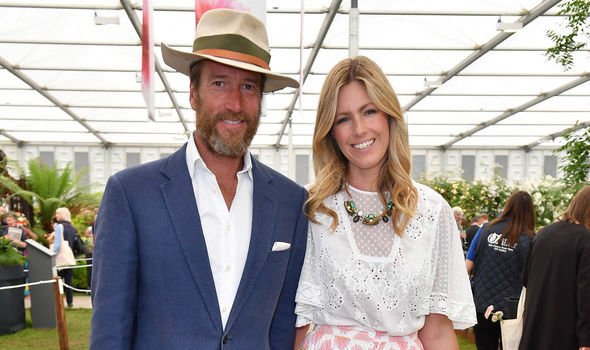 But Ben found his brief visit to the damaged reactor, encased in cement and scaffolding, a moving experience. “Standing next to the reactor, I felt surprisingly emotional,” he continues.

“The scale of the reactor and the protective shield take your breath away. I felt great pride in that it showed what humanity can do to recover from such a disaster; pride for the people who responded to the disaster when it happened, many of whom died, as well as the nations that came together to build the giant safety shield over it.”

The shield, officially called Chernobyl New Safe Confinement, contains the molten core of the reactor and tonnes of highly radioactive material; it cost £1.3billion and was financed by 45 donor countries and institutions including the UK.

“Through the despair and misery at Chernobyl, there is actually a rather inspiring story of humanity repairing the damage that they made,” says Ben.

One of the saddest sights at Chernobyl is Pripyat, a ghost city that once housed 50,000 of the plant’s workers and their families.

It was evacuated 36 hours after the disaster with families forced to leave most of their possessions behind. 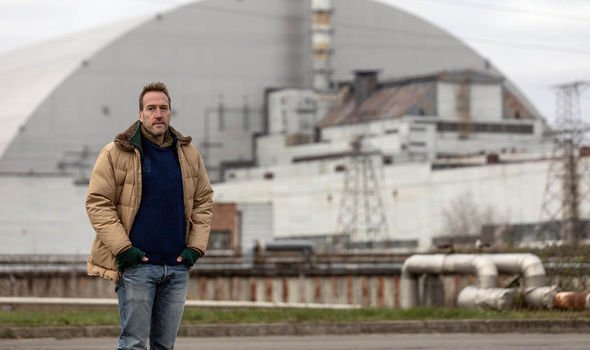 Officially, no one has been allowed to return, and Pripyat stands deserted and decaying, the fragments of lives suddenly abandoned still evident even 35 years later.

“It was extraordinary and sad and profound to see a city of 250 skyscrapers, the supermarkets and hospitals, all wrapped in sadness,” says Ben.

And yet in a landscape of such desolation, Ben – known for series like New Lives In The Wild – found a silver lining. Although people are forbidden from entering Pripyat, and it will remain uninhabitable for 20,000 years at least, it’s been impossible to keep wildlife away.

One of the unintentional upsides of the disaster has been the rewilding of the 30km Exclusion Zone around the plant. It has become a haven for wildlife – researchers have found evidence of brown bears, bison, wolves, lynxes, many bird species and endangered Przewalski horses roaming freely.

“I visited a place that at the time of the explosion people said would be a radioactive wasteland for a quarter-billion years or so, and when I went there I saw wolves,” says Ben. 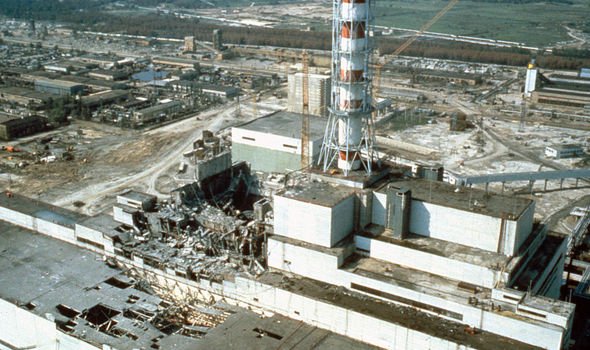 “I actually saw a pack of wolves in Pripyat, which just shows that once humans leave, flora and fauna will return. Nature is flourishing in and around Chernobyl, and there’s something moving about witnessing the power of nature despite profound human errors.”

And while Chernobyl seems the last place you’d want to bring back souvenirs from, Ben admits that he dared to.

“Making the documentary, we went to the wilds of the Exclusion Zone to visit elderly Ukrainians who’d moved back there illegally,” he says. “Some of them made jam from fruit grown within the zone.

“I actually brought some strawberry jam back with me. I was assured it was safe to eat. My family were slightly bemused at first, but we’ve been having it with our breakfast!”

Baseball Hall of Famer Al Kaline Passes Away at 85