Andi Oliver, 56, who is a food presenter on the likes of Saturday Kitchen and Great British Menu, has spoken out about the comments she receives online and what she wishes she could hit back with. The broadcaster says that Twitter is the “cesspit of fifth”.

Twitter’s the cesspit of filth.

Andi, who took over from Prue Leith as a judge on BBC Two’s show, Great British Menu in 2016, revealed how she feels about the reaction she generally gets on social media.

The former singer told the Radio Times: “Twitter’s the cesspit of filth, but I had a guy on Instagram the other day saying that I was going to hell if I didn’t grow my hair.”

Andi then told the magazine what she would have liked to have responded.

“I wanted to message back and say, ‘Darling, there’s so much other stuff that hair’s not going to be the thing that sends me to hell’,” Andi continued.

The Great British Menu judge then teased viewers of the cooking show what the “beautiful” theme of the show will be this year.

“From the time I was very little, books were the thing that gave me succour when I really needed that space,” the chef continued.

The TV presenter added: “You won’t believe some of the dishes that came out of this.” 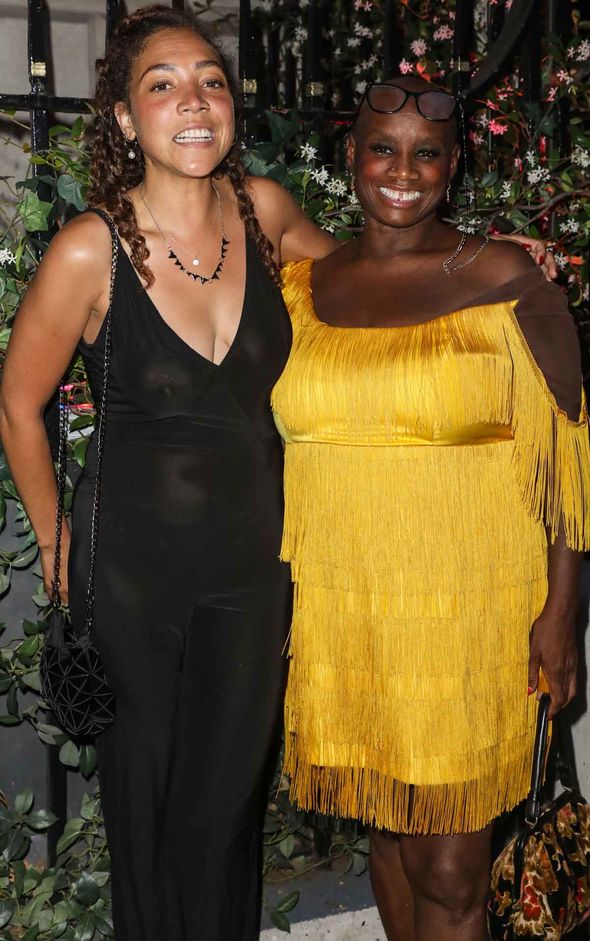 Andi is mother to radio presenter, Miquita Oliver, who is known for presenting and hosting shows on BBC Radio 1, and she said they are in talks about presenting together again since hosting the BBC programme Neneh & Andi Dish It Up alongside Neneh Cherry.

Andi reflected and said: “We’re having conversations with BBC and another one with Channel 4 about projects we’d love to do together.

“People tried to get us to work together years ago, then somebody said, ‘Do you want to drive across Asia together in a 1953 Morris Minor?’ [for 2018 BBC2 series Eight Go Rallying: the Road to Saigon] It taught us patience with each other,” the TV host continued.

She then joked: “Can you imagine being in a car with one of your parents for ten hours a day over three weeks? We only had one argument!”

The regular panellist on Radio 4’s The Kitchen Cabinet then went to tell the publication that her signature dish is her “honey bake chicken”.

Andi reflected on her time presenting Saturday Kitchen, and revealed that when Lily Allen came onto the show that dish was her “heaven” wish.

The mother-of-one co-hosted alongside Matt Tebbutt on BBC’s Christmas Kitchen in 2016.

Being a TV expert herself, Andi delved into what the most important thing is to her while at home relaxing.

She confessed that while she rules the remote control at home, being cosy “is one of the most important things in the world” to her.

The chef then revealed that she currently has a new sofa and because she has to be cosy, she said there are “duvets, blankets and pillows everywhere”.

The former singer of post-punk band Rip Rig and Panic also has two of her own restaurants, Wadali Kitchen and Andi’s.

Despite having a career revolved around restaurants and cooking, Andi added that she even prepares her vegetables in the morning so they are ready for when she comes home.

Roger Mathews Gives Us a Tour of His House, New Pool and Yard

Princess Diana was once embraced by Princess Margaret until ‘the guillotine came down’ with tell-all: book