Alana Thompson, who rose to fame on TLC’s Toddlers & Tiaras as “Honey Boo Boo,” wants everyone to know she’s no longer the child that she’s remembered as by some fans. The reality star turns 16 years old on Saturday, and ahead of the milestone birthday, opens up to Teen Vogue about the difficulties of growing up in the spotlight and what life looks like for her today.

“My mama did not name me Honey Boo Boo. My name is Alana,” she stresses. “They are completely two different people. I would say that I do like this Alana now, rather than the younger Alana.”

Alana goes to public school, has a boyfriend, works on weekends and after school and wants to be a neonatal nurse. One thing that hasn’t changed is she has no issue letting others know how she feels.

“I’m somebody that speaks my mind whether you like it or not,” she says. “If I don’t feel comfortable doing something, I’m going to tell you.” 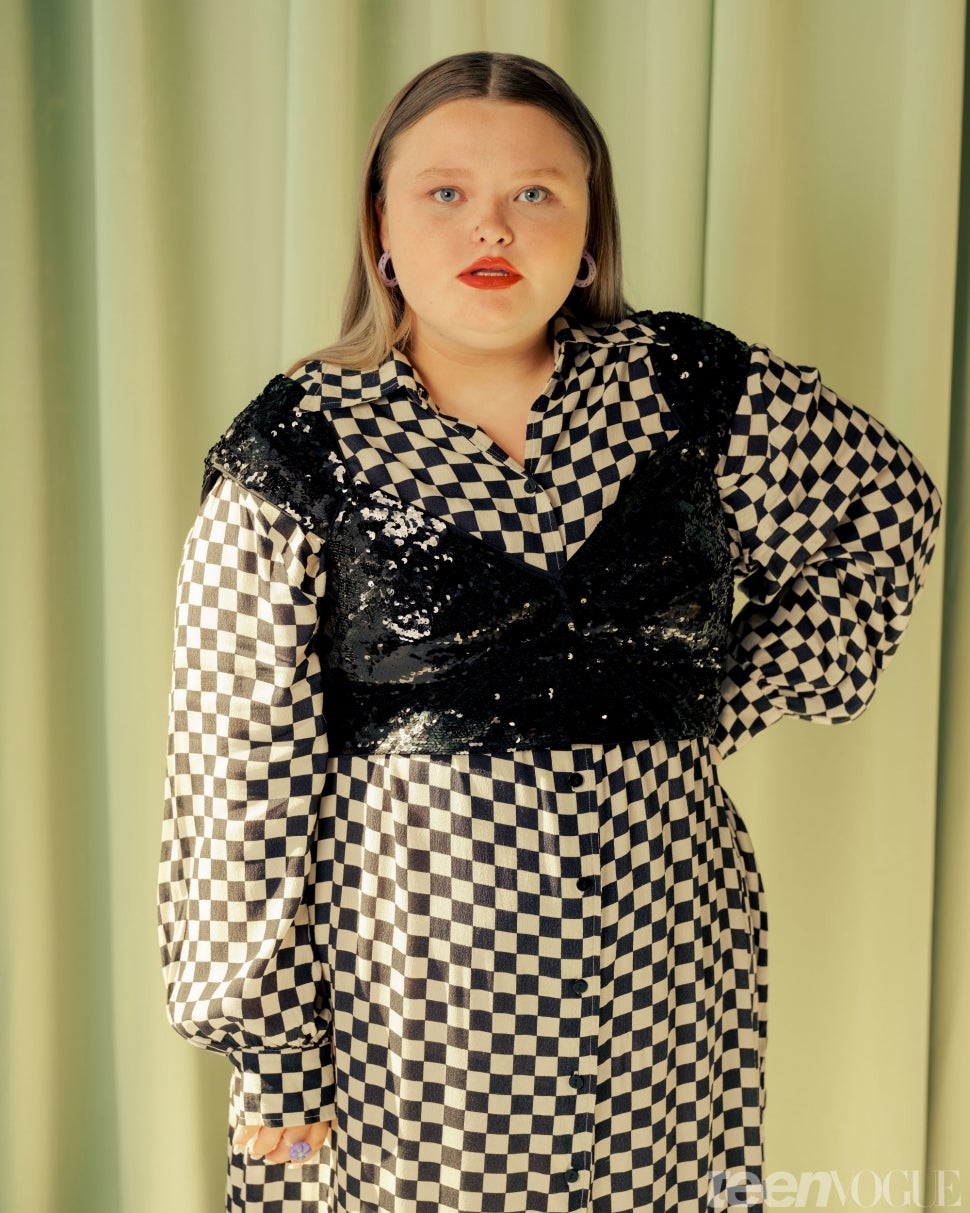 She also doesn’t let social media criticism get to her.

“I guess people still expect me to be little Honey Boo Boo, and I’m not anymore,” she notes. “Just because I’m from the South, people expect me to be all country bumpkin, out riding four wheelers all the time, but that’s not really how it is. There are so many folks on my Instagram that do not like my nails or my eyelashes. But I do not care. As long as I like myself, I’m good.”

Alana has definitely dealt with body shaming and says Gen Z isn’t as accepting of different types of bodies as some might think. But again, it doesn’t get her down.

“I feel like my generation is probably making it worse. Everybody’s all about body positivity, body positivity, until they see a body they don’t like,” she explains. “I don’t understand why people think this way. Just because I got a little bit of extra meat on my bones, you want to hate me? I’ll never get body shaming.”

“Like, I know I’m beautiful, and I know I got a banging body, so…I don’t care,” she continues.

As for her social life, Alana says her boyfriend is her only friend.

“To be honest, I do not have many friends. At all,” she admits. “Because I feel like folks are so much like, ‘Oh, my God, I’m friends with Honey Boo Boo.’ I don’t trust nobody really, so I don’t have friends.”

Alana is blunt about being on reality TV for money, but notes that it won’t last forever — which is why she works so hard at school and wants to be a nurse.

“I want to have a life, you know? I want to be able to support my kids when I do have kids and stuff like that,” she says. “It’s definitely something that is good for the time being, [and] good for later on in life.”

ET spoke to Alana as well as her mom, Mama June Shannon, and her sister and legal guardian, Lauryn “Pumpkin” Efird, in May, and they talked about her boyfriend.

“She does have a little boyfriend who, like, comes over and stuff, like, he comes over for dinners and stuff, he’s very respectful,” Lauryn told ET. “Everyone approves of him.”

Mama June also noted to ET that after cameras following their family around for a decade, their time may be coming to an end soon.

“We honestly think our life is kind of boring even though our life is kind of crazy and chaotic,” she said. “But you know, there’s been those fans that have loved us there and in between. And in a way I do feel like it may be close to the time for us to just kind of, kind of like the Kardashians, to just bow out and say, ‘Thank you, we appreciate it.’  You know, we may have, like, one more season in us, and … at that point, what more is there to film?”