All eyes are on Meghan Markle right now as she and Prince Harry step back from their royal duties, and begin their new lives with baby Archie in California.

But not too long ago, tabloids were filled with headlines about another American duchess: Wallis Simpson. And now, the Duchess of Windsor’s story is heading to the big screen.

Anna Pasternak’s recent biography of Simpson, The American Duchess: The Real Wallis Simpson, is being developed into a film by the Gotham Group’s Lee Stollman and Ellen Goldsmith-Vein. (Read an excerpt of the book here.) 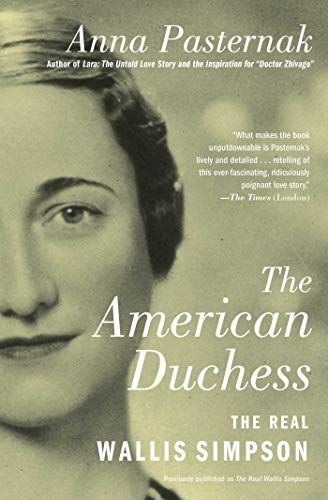 “Now that our American duchess, Meghan, has moved back to Hollywood, never has it been timelier to consider the fate of the original American duchess, Wallis Simpson,” Pasternak told Deadline of the movie news. “As both could attest, life has always been difficult for women marrying into Britain’s royal family.”

Of course, pieces of Wallis Simpson’s life have been depicted on screen in the past. For instance, she plays a small but significant role in several seasons of Netflix’s The Crown. But this upcoming film will have the duchess at the center of the story.

Details are slim about the project so far, and there’s no word yet on who will play the duchess, or her husband, the one-time King Edward VIII. The cast will likely also include other royals who make appearances in the book like Queen Elizabeth II, the Queen Mother, and Edward’s brother, King George VI. A timeline has yet to be shared, and could very well be impacted by the ongoing coronavirus pandemic.

From: Town & Country US

2021 Latin AMAs: The Best and Biggest Moments of the Night