Just like the rest of us, Selena Gomez loves kicking back in her comfy clothes without makeup, and she shared a behind-the-scenes photo of what her downtime looks like!

Selena Gomez shared several pictures from a gorgeous, sexy photo shoot on her Instagram Story on Feb. 16. However, she also wanted fans to know that most of the time she didn’t look like the woman in those glam photos! To end her series of pictures, Selena revealed what she looks like in “real life” by posting an image of herself wearing glasses and no makeup, as well as a bathrobe and her hair in a messy ponytail.

In the shot, she’s in her natural state, lounging on the couch with a blanket draped across her lap. She’s also holding a coffee mug and seems completely uninterested in the camera that’s snapping a picture of her. For years, Selena has talked about the dangers of social media and how it gives users a false view of someone else’s life, so it’s obviously important for her to show both the glam and not-so-glam moments that she experiences!

“I think our world is going through a lot, obviously, but for my generation, specifically, social media has been terrible,” Selena said in 2019. “It can be great in moments, but I would just be careful and allow yourself some time limits when you should use it and when not.” Selena, herself, has admitted to taking breaks from social media for her own mental health. 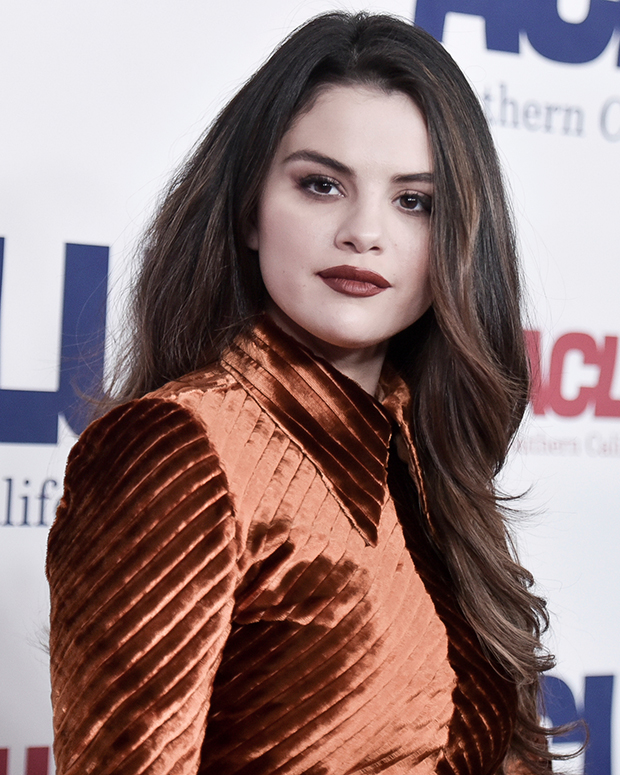 In another 2019 interview, she explained, “I noticed, with me, I got kind of depressed looking at all these people who look beautiful and amazing, and it would just get me down a lot. Taking breaks is really important. Just know that most of it isn’t real. And I hate to say that, I don’t mean to be rude, but it’s very unrealistic in a lot of ways.”

Selena has dealt with her fair share of body-shamers, bullies and trolls during her years in the spotlight, and she’s done her best to try and tune out the noise. However, she also recognizes the ways that social media has been beneficial for her. “I’m very grateful I have the platform in any way, I can still share things I’m passionate about,” she admitted. “I don’t do a lot of pointless pictures. I like to be intentional with it.” In 2020, Selena turned her Instagram account, which has more than 200 million followers, over to various leaders in the Black community so they could spread their messages with a larger audience, as well.

Amazon Is Preparing to Launch a Luxury Fashion Platform

These Black Beauty YouTubers Are Creating The Most Helpful, Funny, Gorgeous Videos