A FAMILY has opened the doors of its RV to show people how they travel the United States in style.

Mom Kay is not only traveling full-time and working as a content creator, but she is also homeschooling her eight-year-old son. 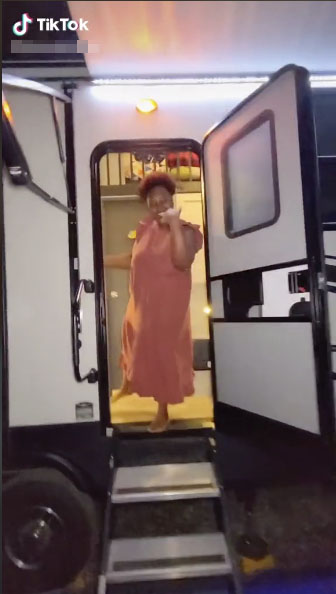 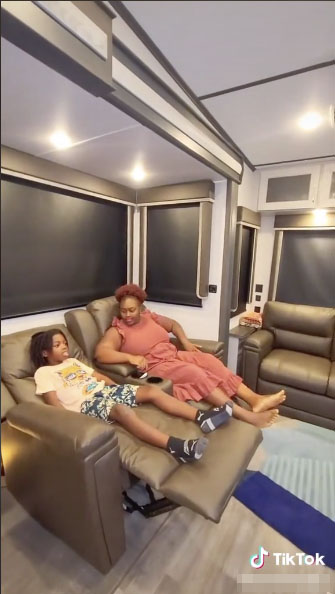 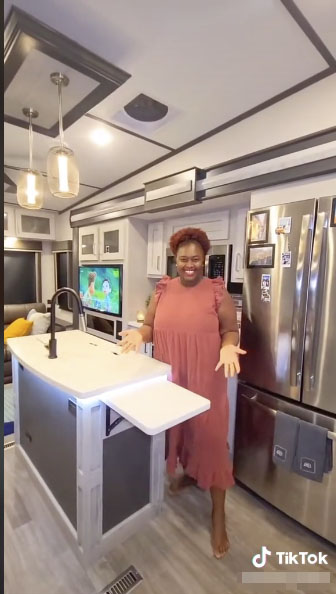 In a TikTok video, the content creator welcomed her followers into her home by showing them inside.

Kay and her family sold their California home at the beginning of the Covid-19 pandemic and packed their things into an RV to visit each state of the country.

Opening the doors of her white fifth wheeler, Kay showed off her stunning dining set where her son was doing his homework.

Next to the functional dining space, she sat down on two leather recliners – that had a matching leather couch next to it – as they turned to the flat-screen TV mounted on the wall.

The space was decorated with throw pills, a rug, and a ceiling fan.

Moving on, the home opened up to a full kitchen. 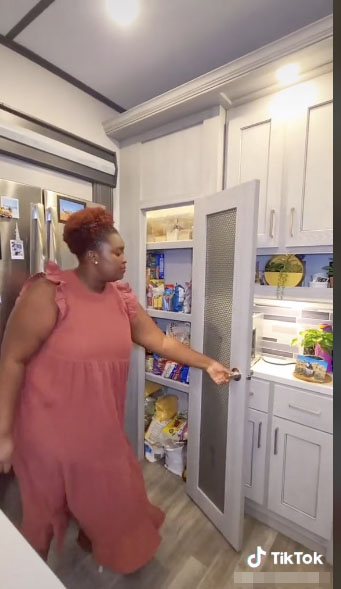 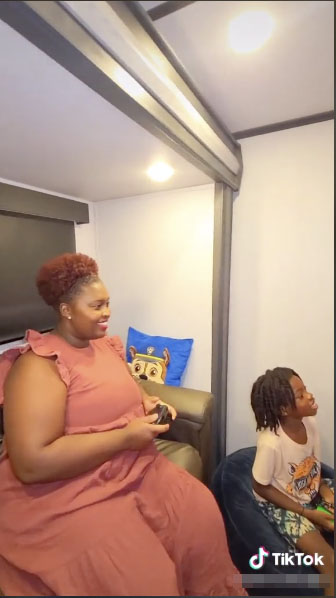 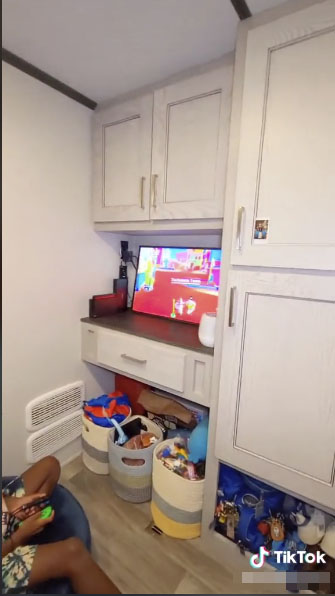 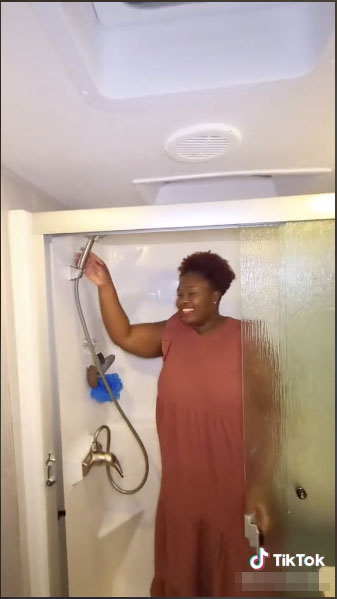 The kitchen boasted an island, chrome faucets, stove, oven, and a microwave.

They also have a full fridge, plenty of counter space to make intricate recipes, as well as a coffee corner, and an expendable counter in case they need even more space.

Next to the kitchen, a hallway opened up where the first door on the left was her son Aiden's room.

Inside, he was playing video games as he had his own TV, couch, and bins with plenty of toys.

The couch could convert into a bed, but he also had the option to sleep in the loft outside his room.

If he had friends over, up to three kids could sleep in the space.

Across his bedroom,there was even more closet space.

Next to the loft, another room opened up to reveal the parent's space.

Inside, there was a third TV, a king-sized bed, a dresser, a closet with a washer and dryer, and a massive closet with all of their clothes.

The bathroom was also big enough for two people to shower at the same time and get ready comfortably.

So far, the family has visited over 40 states and won't stop until they've reached every single one.

Kay also revealed that because the RV is not safe to ride when they're traveling, they ride in a truck that pulls the 41-feet-long vehicle down the highway. 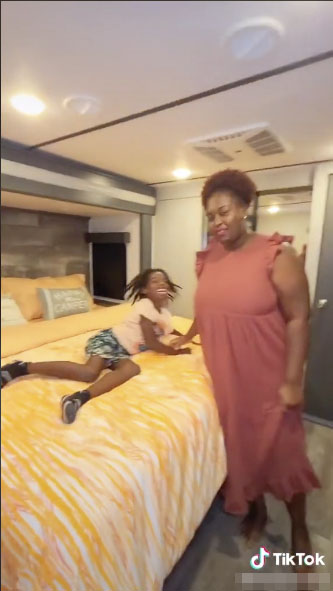 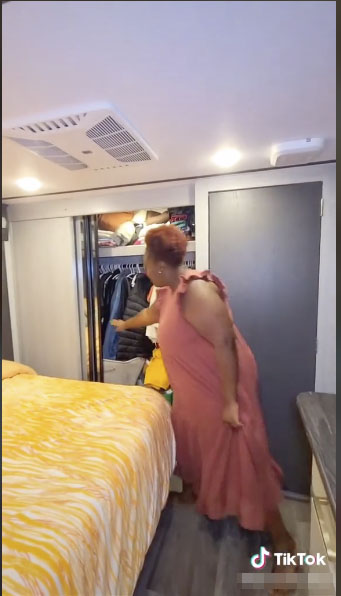 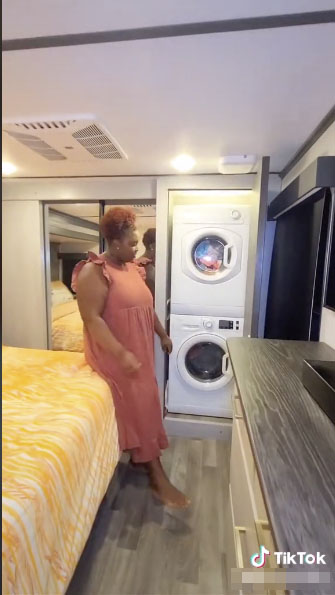 Storm Reid Has Had One Hell of a Makeup Journey: "I Don't Feel Like I Have to Conform"