SCHOOL packed lunches are becoming even more strict when it comes to meeting nutritional standard.

But another worry for parents making packed lunches is making sure their children leave home with enough food to get them through the day. 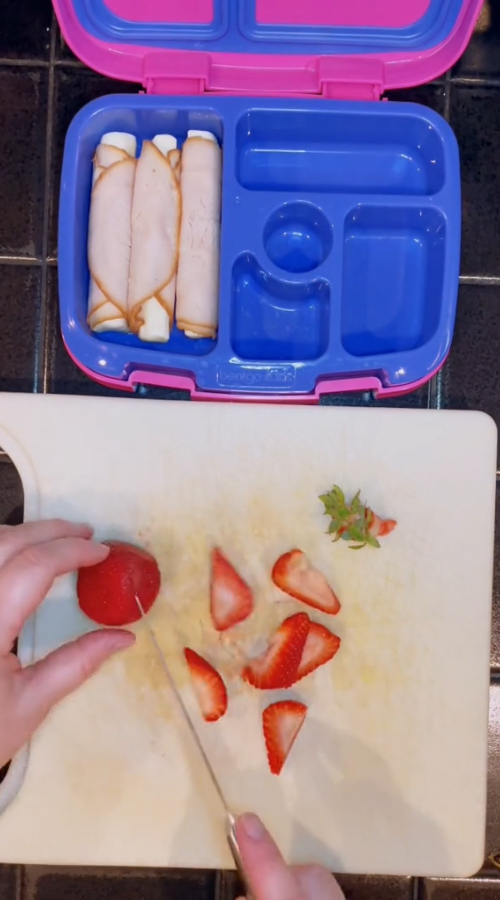 Tara Clontz, who is believed to be from the US, regularly uploads videos of her making her daughter's packed lunches on her account, tarafarmtotable.

The videos are becoming increasing popular with her channel receiving over 12 million likes.

However, Tara has also become the target of trolls, with some people claiming she is 'abusing' and 'overfeeding' her child.

In a recent video, Tara addresses some of these claims, responding to a comment that says: "It's actually considered child abuse because you're overfeeding your children and not worrying about their health."

"Another day of being accused of child abuse because I don't want my almost five year old to get hungry whilst she's at school for six hours.

Tara doesn't let the comments bog her down and continues to make her child's lunchbox just as her daughter likes them.

"I started with two of those, then I felt like it wasn't enough so put another one in.

"I cut up some strawberries, quartered some grapes and we did carrot chips today because she's been really enjoying them.

"Then I did pretzel sticks and some Nutella in the middle for dipping.

"And that's it, hope everyone is having a great day."

Tara's daughter is almost five years old and attends school for six hours a day, but some people in the comments think Tara is giving her daughter too much food.

But more than most parents stepped in to defend Tara's well balanced lunchboxes.

"The more comments I see like that the more I wonder if those people are neglecting their children by not feeding them enough…" Read the most liked comment with over 78k likes.

Another user wrote: "How is this too much food??? This is a wonderful lunch! Well balanced, not unhealthy or overly healthy either! Looks delicious."

A third user commented: "Guys it's not like she's forcing her to eat it all. Some days she may eat it all other day's she might not. It's common human nature, and it's better." 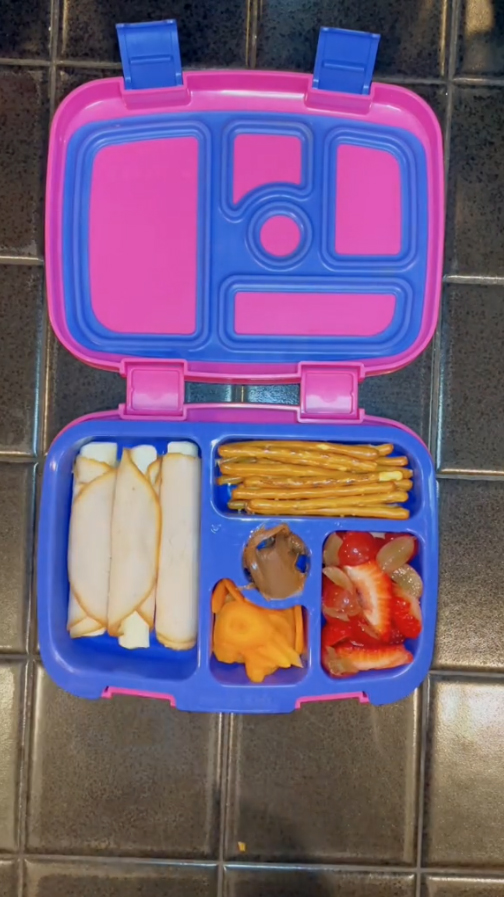 Plus mum reveals she is trolled for letting her three-year-old use a dummy.

And this mum reveals her easy hack to stop kids making a mess with crisps.

Meanwhile mum says she charges her kid rent and makes her clean the loo to teach her the value of money.