The legendary supermodel has broken barriers in the modeling, fashion, and beauty industries for decades. By no means is she done yet. 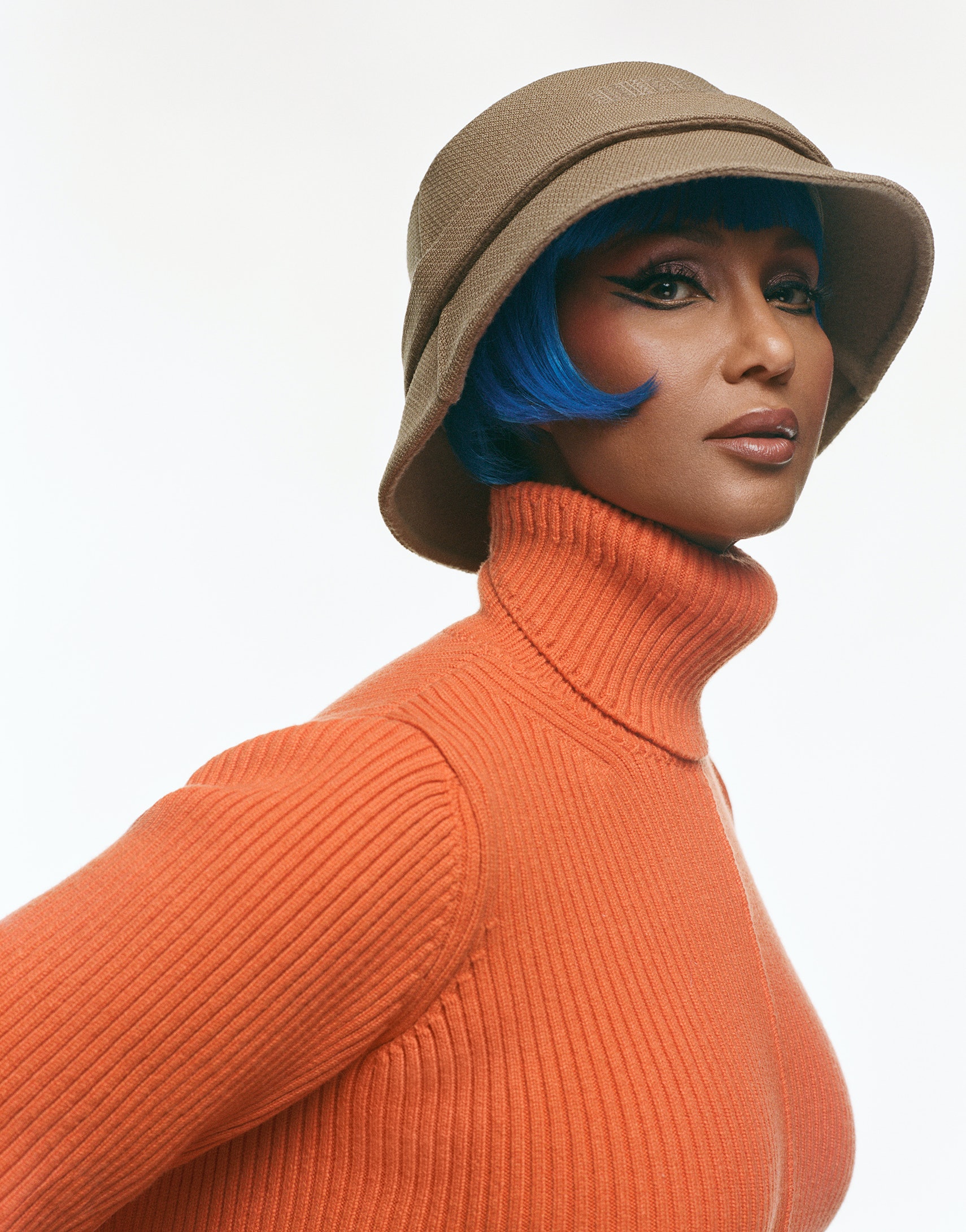 For our annual “The Originals” issue, we asked creatives—pioneers in the fields of art, design, fashion, comedy, activism, and more—to share their insights on staying true to themselves.

You’ve been an icon for decades: You became a boundary-breaking supermodel in the 1970s, and established yourself as a businesswoman and humanitarian in the years since. In 1994, you launched IMAN Cosmetics for women of color, but only recently has the beauty industry caught up and become more inclusive. Why did it take so long?

First, we should give due credit to the ’70s makeup brand Fashion Fair, which was exclusively for Black women. What I created was for women of color. And let’s not forget Rihanna; she’s the one who came with 40 shades of foundation for Fenty Beauty. We have always been the masters of our own destinies. We force people to change. Less than 10 years ago, five years ago, you know, there was the idea that you had to be invited to the table. Nobody cares now. I can buy my own table. I can build my own table. And it’s not just about using models. It’s about hiring Black creatives, putting people in decision-making positions. We’re owning how we want to be seen, not how people “should” see us.

What’s the biggest barrier you’ve broken as a model?

A couple of months after I arrived in the United States, in 1975, I found out they were paying Black models less than our counterparts, and I said, “I’m not doing this.” If I’m doing the same job as the white model, I have to be compensated. I went on strike for three months. And then, of course, they raised my rate.

What made you decide to speak up?

What does originality mean to you?

Refusal. Independent thinking. Walking away. The person I always thought of—and this was way before we met—was my husband [the late David Bowie]. I used to go to all his shows, and I never met him until we were set up years later. He was the first artist that I thought, Wow, how original. And he’s still original.

Who’s a new trailblazer in fashion to you?

Anok Yai is an original. She is unapologetically herself. She’s creating a space for herself. When you see her, you say, “There goes somebody different.”

What does it take to be a successful model today?

There is this argument that a lot of young models who have followers in the millions—the Kendalls or the Hadids—have not gone through the same arduous steps as others. That’s true. But let’s not forget that these models are also hard workers. There’s only so much the followers can do for you. I’m not from the school of people saying, “Oh, they don’t make models as they used to.” Oh no, they do! And they make them better! You have to move out of the door to let other people in. When Naomi Campbell was interviewing me once, she said, “Why did you retire?” I said, “You bitches were coming right behind me!” [Laughs] “You, Linda—it was time for me to exit gracefully.”

Where do you see your influence in the beauty world?

The new generation should know where things came from. If you want to be a great model, start looking at old magazines—Black models, specifically, women of color like Naomi Sims and Donyale Luna. Naomi Sims’s pictures are just as elegant and beautiful today. There is a rich history behind us.

Who has been your style icon over the years?

Isabella Rossellini. She’s beautiful, and she’s a very dear friend of mine, but what I love about her is that as she’s aged, she created this uniform. When you’re talking to her, you don’t see the clothes, jewelry, whatever. I love that. I have the attention span of an ant. I need to change all the time. But to me, she’s a star and somebody who’s still as arresting as when she was 20 years old. She has a singular style.

What was your first major fashion purchase?

The first big check I spent was on 10 pieces of Louis Vuitton luggage. Some of the trunks are like tables. I bought them in the late ’70s, and I still travel with them.

What’s the most prized possession in your closet?

My husband bought me a black alligator Birkin bag. I have several Birkin bags, but that one is unique.